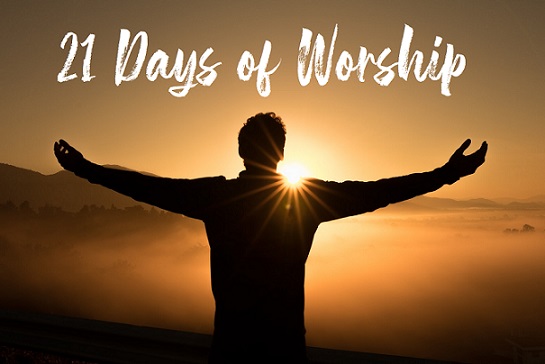 Day Fifteen: The Holiness of God

And they were calling to one another: “Holy, holy, holy, is the Lord Almighty; the whole earth is full of his glory.”

I think it is impossible to discuss the topic of worship and not at least touch on the subject of God’s holiness. The only problem is that I’ve just written about as much as I know on the subject. Billy Graham said, “Only when we understand the holiness of God will we understand the depth of our sin,” and C.S. Lewis said, “the holier a man becomes, the more he mourns over the unholiness which remains in him.” The reason the topic of holiness is such a hard topic to discuss is because only God is completely holy (1 Samuel 2:2). Only God is devoid of imperfection or sin and this character trait is not shared with anyone else. No one can come into the complete presence of God, because in Him there is no sin and His holiness will not allow it in His presence.

In the day of the tabernacle and temple, there was a room called the “holy of holies” where only once a year the high priest was allowed in to make a sacrifice of atonement. Separated from the rest of the temple by a huge drape, the high priest would enter into the presence of God but only after performing purifying rituals. The priests understood the awe and reverence needed to perform the task. There is an oral tradition that Levities would tie a rope to the high priest’s foot in case he were to be struck dead, because of his irreverence. If he were to die, they could pull him out using the rope because no one else was allowed into the Holy of Holies. Talk about coming before the throne with fear and trembling. I think I would’ve scheduled a root canal on that day.

However, this sacrifice was only temporary. It only covered the sins of Israel for that year. A more permanent sacrifice was needed, so He sent Christ, who knew no sin (2 Corinthians 5:21) to take on our sin and become the atoning sacrifice for our sin so that holiness could be imputed to us. All this because of what Christ did, nothing on our part. In both Isaiah 6 and Revelation 4, we see Isaiah and John get a glimpse into heaven to see the angels cry out “holy, holy, holy is the Lord God Almighty.” I think being in the presence of God elicits such a reaction. How could it not?

21 Days The Holy Spirit and His Church Day 16