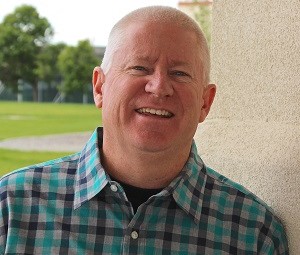 As Emmanuel approaches its 65th year, Dr. Paul Jones has served as the Lead Pastor for the last 28 of those years.  The continuity and stability of the church is further reflected in the fact that he followed his father who served as pastor before him.

Paul gave his life to the Lord at an early age and became highly involved in church life while growing up.  He found opportunities to serve in many different ministries not knowing that God was using this willingness to lay a strong foundation for his future roles of spiritual leadership.  After his graduation from high school, Paul attended Liberty University where he played football for the Flames and graduated in four years with a B.S. focused upon Pre-Law.

At this juncture in his journey, Paul made a two year commitment to the Xhosa people of South Africa.  It was while Paul was serving in South Africa that the Lord called him to vocational ministry.  When Paul returned to the States, even though he sought further training in Seminary, he was unable to stay away from the practical side of ministry. So at the same time he was doing graduate work he also served as Associate Pastor for the First Baptist Church of Millington, Tennessee.  When graduation came in 1989 Emmanuel asked Paul to come and serve in Billings and he has served Emmanuel continuously ever since.  In 2010 Pastor Paul went on to earn his Ph.D. in Church History.

As a gifted communicator, Pastor Paul has led Emmanuel through all the stages of church growth from a small traditional experience to the larger, regional, multi-generational church that it is today.  Each step of the way, Emmanuel has responded to his leadership in positive and supportive ways.  The DNA of Emmanuel makes it natural model for churches in the Northern Rockies that wish to be both missional and reproducing churches.

Paul and his wife, Patrice grew up attending the same high school and church youth group.  They went different ways but were reunited after each lost a spouse to a long battle with cancer. Between them they have 5 children and 8 grandchildren who are the delight of their lives.  Paul is an avid sports enthusiast and loves the Montana outdoors.